I don't work on AAA games. I don't even really work on what you would consider "traditional games". Instead, my background in game development is mostly centered around website-based games (like Neopets™, but not). Over the years I've contemplated blogging about my experiences, ideas, discoveries, as well as my mishaps and misfortunes. Perhaps it would help some, make some laugh, and possibly inspire others.

My first experiences with any sort of game development were with Play-by-Post roleplaying games. Utilizing a community platform known as "Comfusion" I was able to bring interactive storytelling to life. The more I became involved with general web development, the more I realized the potential for creating new types of imaginative and interactive content.

As time went on I would become more involved with "pet games"— the kind where people collect specific types of creatures to raise, train, and dress them up. I started out by creating mini-games within these games, whereby players could earn in-game currency, items, and other rewards. Ultimately this would lead to working on projects of a much larger scope. Projects where I could utilize the full extent of my knowledge gained from building regular web sites: interface design, database management, server-side software configuration, all the way up to server deployment. As new technologies emerged I would find ways to incorporate them: full-text search systems, graph databases, Redis, sockets, you name it. If it could be used in a web site it could be used in a game. 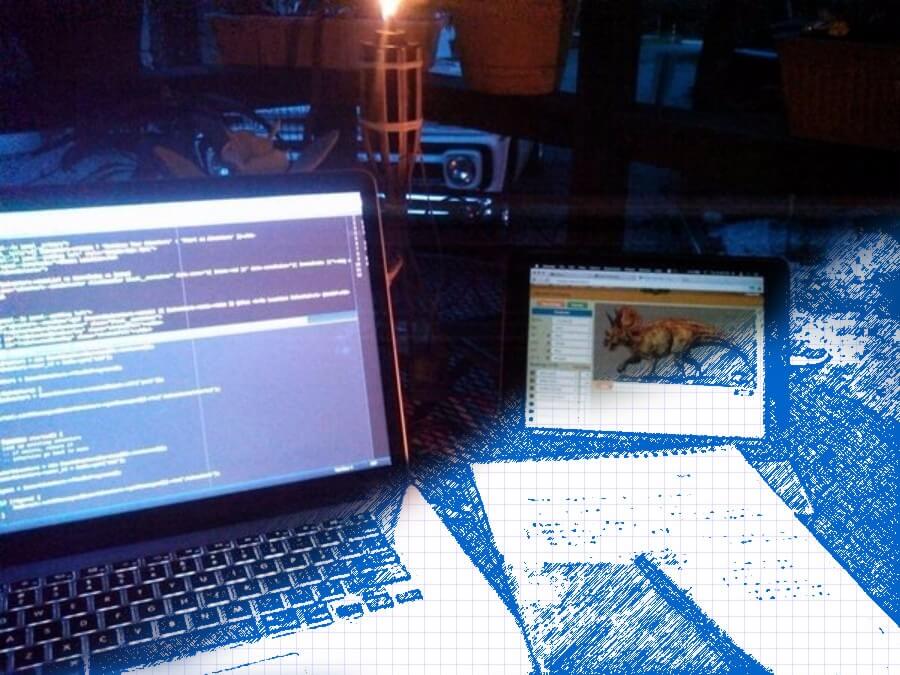 These days I spend much of my time working on a project titled "Evosaur"—a game focused on collecting and raising dinosaurs (you can see it on my screen in the image above)– as well as continuing to tinker with new ideas, technologies, and challenges. Through this blog I would like to share what I do with fellow and aspiring game developers, people who just love to play games, and even web developers or those that like to build and learn new things. I plan to share things like tips & tricks, problem solutions, code snippets, and playable prototypes.